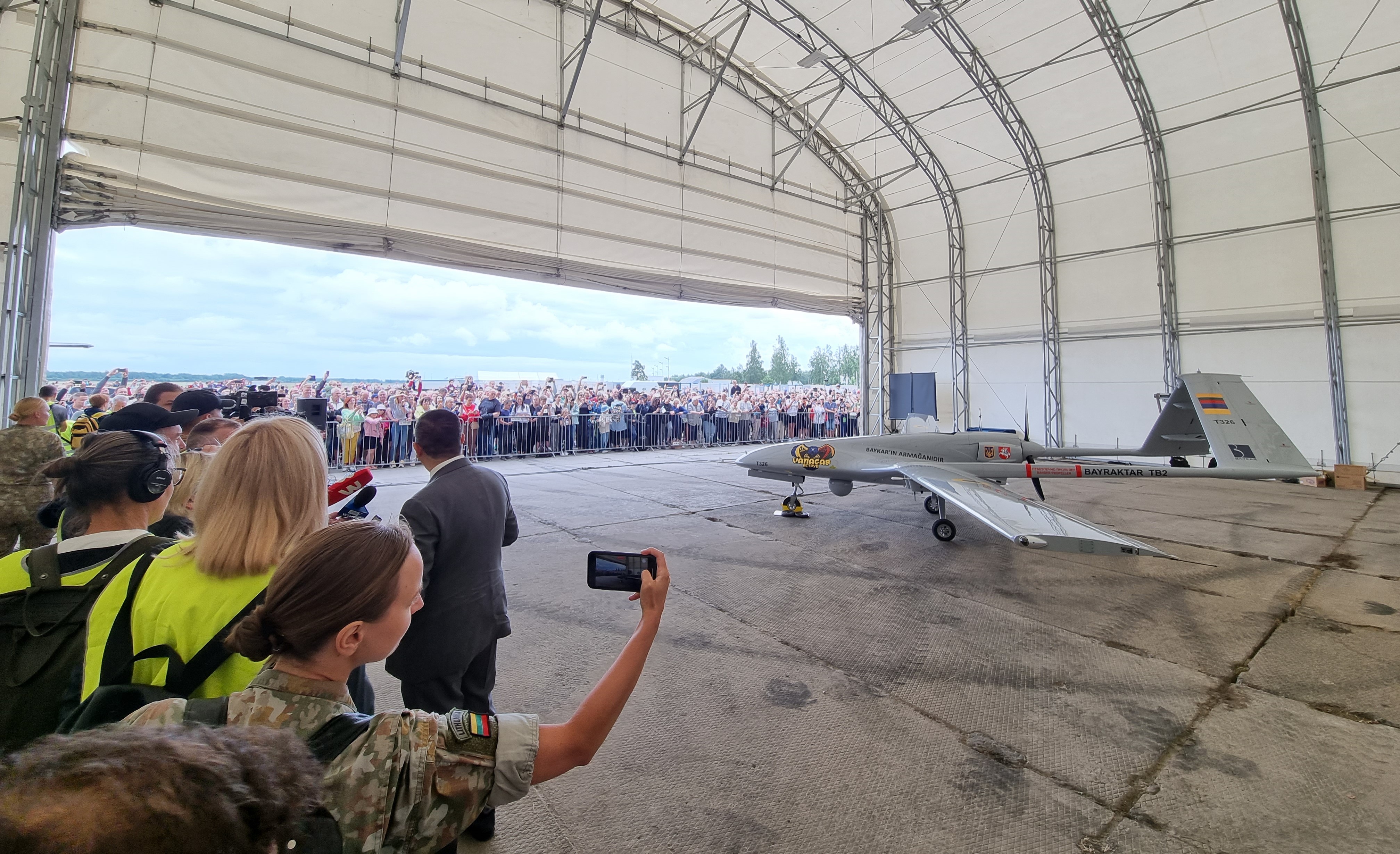 Lithuanian defense minister, Ukrainian ambassador to Vilnius and general-director of Turkish defense company Baykar on Wednesday participated in the delivery ceremony of the TB2 unmanned aerial vehicle (UAV), which was donated to Lithuania following a crowdfunding held to assist Ukraine.

"We were touched by the campaign in which hundreds of thousands of Lithuanians volunteered. As a company... we wanted to give Bayraktar TB2 free of charge and contribute to the solidarity of Lithuanians," said Baykar’s Haluk Bayraktar, speaking to Talisves TV which organized the campaign.

Stressing that the TB2 drones proved themselves on a wide range of platforms and were decorated with sophisticated technology, Haluk Bayraktar said he was proud of the UAV and that it would hopefully bring peace, and benefit the Ukrainians by serving to assist the country's sovereignty.

Ukrainian ambassador, Petro Besta, said he had admiration for the “big bird” and it was a “miracle” that this drone obtained via efforts of common people instead of foreign governments or large companies.

The TB2 drone is currently in the Siauliai air base of Lithuania and is awaiting its deployment to Ukraine.

The people of Lithuania organized a crowdfunding campaign to procure a Bayraktar TB2 drone for Ukraine and managed to collect €6 million within only three days. Impressed by the strife of common people, Baykar Technology later announced it would provide a TB2 to Lithuania free of charge, and asked the collected money to be used for Ukrainians weary of war.

Known for precision strikes, cost-efficiency and ability to dodge radars, the TB2 drones have been used in the battlegrounds of Syria, northern Iraq, Libya, Karabakh and Ukraine, inflicting devastating damages on hostile ground units, artilleries and air-defense systems.