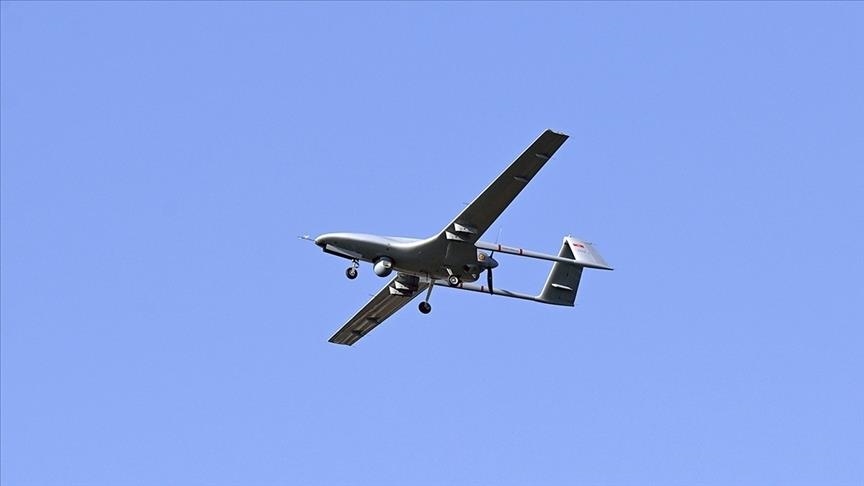 Donation campaigns launched for the purchase of Türkiye's Bayraktar TB2 unmanned combat aerial vehicles to support the Ukrainian army and people amid war are increasing in many countries, especially in Europe.

Several campaigns have been launched in Lithuania, Norway, Poland and Canada, as well as in Ukraine, to purchase Bayraktar TB2, produced by Turkish drone maker Baykar, for Ukraine as its war with Russia has continued since its start on Feb. 24.

Volunteers are participating in the campaigns by donating various amounts of money to show solidarity with the Ukrainian people.

The donation campaign organized by the Ukrainian people in June under the name of "People's Bayraktar" was completed successfully.

Affected by the Ukrainians’ solidarity, Baykar donated three Bayraktar T2 drones, which were aimed to be purchased with the donations collected, to Ukraine without any charge.

Over $6M collected in 3 days in Lithuania

In the campaign organized by the Lithuanian people to buy a Bayraktar TB2 drone for Ukraine, €6 million ($6.11 million) were collected in just three days. Affected by the campaign, Baykar donated the combat drone to Lithuania free of charge on July 6 to contribute to the solidarity of Lithuanians.

The campaign "Give a Bayraktar from the Norwegians to the Ukrainian people" was launched in Norway for the same purpose to collect 55 million crowns ($5.5 million).

The campaign launched in Ukraine's neighbor Poland to reach the target of 22.5 million Polish zlotych ($5 million) for the same purpose continues.

The donation campaigns held for the donation of Bayraktar TB2 drones to Ukraine inspired Ukrainians in Canada as well.

The combat drone, which will be purchased if the campaign achieves to collect money needed, is aimed to be delivered to the Ukrainian army on Aug. 24, Ukraine's Independence Day.

In October 2020, the Canadian government suspended the sale of electro-optical and infrared camera systems sold to Türkiye as armed uncrewed aerial vehicle equipment, citing the use of Turkish combat drones in operations against the Armenian army in Nagorno-Karabakh.

In April 2021, the Canadian administration announced that it had canceled the "military export permits" for Türkiye.

Norway also announced that after the start of Türkiye’s anti-terror offensive in Syria, Operation Peace Spring, in 2019, it suspended all new arms sales to Ankara and it would review all previously granted licenses for arms exports.