Akinci project is conducted under the leadership of the Presidency of Defense Industries. Under the project the training of teams continues successfully.

A total of 110 trainees, who will work as a pilot, payload operators, mechanics/engine technicians, electronic/ground control station operators, and weapons operators, have successfully completed their training.

Baykar board chairman and technology leader Selçuk Bayraktar said in his speech during the official graduation ceremony about the strong bond between the three nations. He emphasized morality, justice, and not deviating from the right path in one’s duties. Ambassador of Azerbaijan Reshad Mammadov, who attended the ceremony, presented diplomas and gifts to Azerbaijani students who completed the first course.

Baykar was the first company to develop unmanned aerial vehicles about 20 years ago. Since then, it has earned 75% of its total revenue from exports. Baykar, which was registered as the export leader in the defense and aerospace sector by the Turkish Exporters’ Assembly in 2021, earned 98 percent of its revenue from exports in 2022.

Bayraktar Akinci, which has been actively used operationally since the day it entered the security forces, has signed export contracts with four countries to date. Negotiations are ongoing with many parties interested in the attack drone. Studies on the integration of different munitions are continuing on the Akinci, which can use all Turkish-developed munitions. 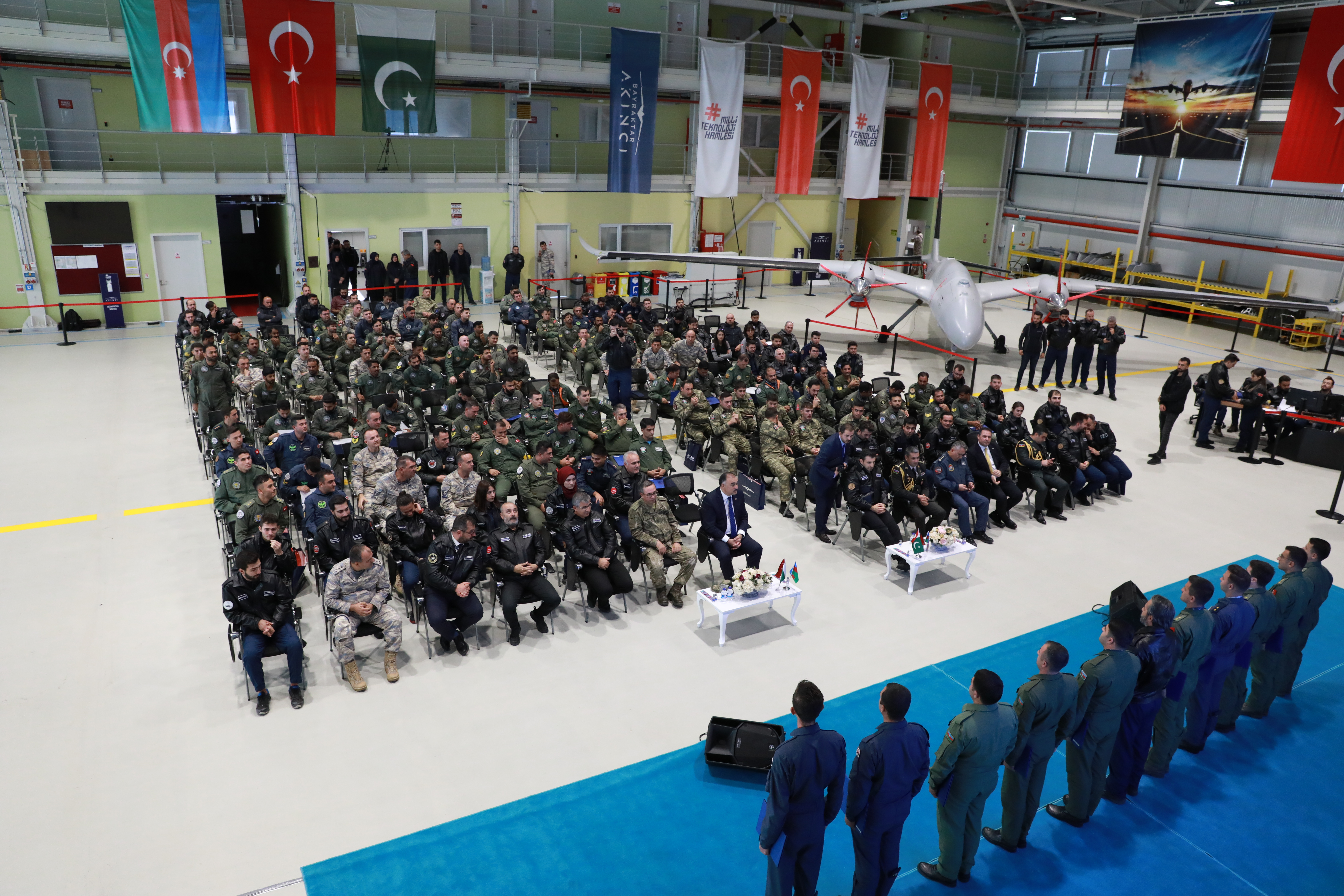